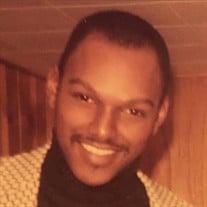 CRAWFORD, Mr. Arthur III - Age 72, passed away Saturday, October 30, 2021 at St. Joseph Mercy Hospital. Family hour 4:00 PM Thursday, November 4, 2021 from the Chapel of Lawrence E. Moon Funeral Home, 906 W. Flint Park Blvd., with funeral service commencing at 4:30 PM. Family and friends will assemble at the funeral home 4:00 PM Thursday. Mr. Crawford will lie in state in the Chapel of Lawrence E. Moon Funeral Home and may be viewed during the family hour only. Mr. Arthur Crawford III was born February 12, 1949 in Saginaw, Michigan, the son of Bernice and Arthur Crawford II. Arthur lived a life full of love, laughter and adventure in pursuit of Justice… Arthur nicknamed “Art” graduated from Flint Central High School and worked briefly for General Motors Corporation. When Arthur left General Motors, he began working as a Security Guard and continued to thrive and learn. He was a LEARNER, a journey that led him to attending Washtenaw Community College, where he pursued a lifetime of learning new subjects and mastering important skills. Arthur married ex-wife, Terry Crawford (deceased) and had three daughters, Theresa (Drummond) Sober, Chewana (Drummond) Anowi and Nicole Crawford. He believed MARRIAGE was a once in a LIFETIME event, so he dedicated his life to protecting and caring for his family even after divorcing. The simple of pleasures in life such as riding a bike, reading, traveling and spending time with family and friends brought the greatest joy to Arthur. He prided himself on being not just a dedicated FATHER, but also a committed SON, BROTHER, UNCLE, FRIEND and GRANDFATHER. Arthur rarely missed chances to visit the ones he loved. Arthur was PATIENT and KIND… Mr. Arthur Crawford III is survived by: daughters, Theresa, Chewana and Nicole; special niece, Tamara; brother, Marvin; many grandchildren, great-grandchildren, nieces, nephews and cousins. Arthur was preceded in death by his sisters, Teresa, Yvonne and Audrey; along with his parents, Bernice and Arthur Crawford II.

The family of Mr. Arthur Crawford III created this Life Tributes page to make it easy to share your memories.

Send flowers to the Crawford family.